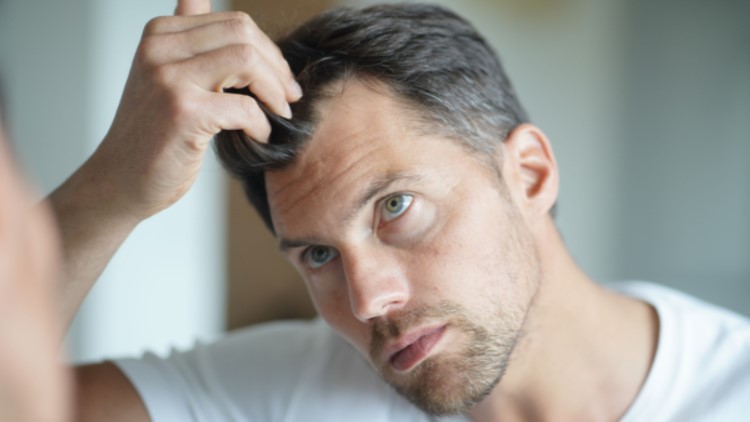 Hair loss (alopecia) is a biological process that sometimes occurs at an early age and can affect your entire body, starting from your scalp.

The hairs that make up the hair are actually seen in every part of the human skin except in places such as our palms and soles, eyelids and navel; however, most of these hairs are so fine that they are almost invisible. Hair consists of a protein called keratin, which is produced in hair follicles in the outer layer of the skin. As the follicles produce new hair cells, old cells are pushed out of the skin’s surface at a rate of about six inches per year. The hair you see is actually a series of dead keratin cells. The average adult head has about 100,000 to 150,000 hairs, of which about 100 break from the skin per day. So seeing a few broken strands of hair on your hairbrush doesn’t necessarily mean you should be alarmed.

Hair loss can be temporary or permanent. While shedding can occur as a result of heredity, hormonal changes, medical conditions, it is also a natural part of aging. Anyone can lose hair on their head, but it is more common in men. Baldness can typically be expressed as excessive hair loss from your scalp. Hereditary hair loss with age is the most common cause of baldness.

Hair loss can occur in many different ways, depending on what is causing it. It can only affect your scalp or your entire body. It can appear suddenly or gradually. Signs and symptoms of hair loss include:

Patches of scaling that spread to the scalp. This is a sign of ringworm. It may be accompanied by broken hair, redness, swelling, and sometimes oozing.

In all DHI, FUE and FUT procedures, follicles are taken from a part of your scalp and placed in bald areas.

During FUT, a surgeon cuts a long, narrow strip of skin from the back of your scalp. Individual hair follicles are taken and transplanted along your hairline. This method is generally seen as the fastest and least expensive method, but it can leave a long scar. While these parts are hidden if you cut your hair long, this scar can be noticed if you cut it short.

If you are considering a hair transplant, contact Meditürk via WhatsApp for free hair analysis!